I am guilty of some very low-class behavior and to be quite honest, there are pros and cons to it.  I don't know if I feel bad or good about it.  Although, I am bordering more on the "I shouldn't lower myself to him" and "I done wrong."

I saw Clean at his dad's house this weekend.  It's his house (not where he lives, but it's still his home).  He can come and go as he wishes.  But he knew I would be there.  His dad and step-mom promised me a thousand times that he wouldn't be there.  They fibbed.  I believe it was all in the name of getting us back together.

He acted as if nothing had happened.  Walked right over, grabbed my hand, kissed me on both cheeks.   Complimented me (I did look good that day).  Smiled.  Joked.  In front of the whole family.

What infuriated me the most was the pretending that nothing had ever happened.  He just walked in like he had done nothing wrong.  He could have chosen to talk to me before showing up.  He could have apologized anytime during the weeks since August 11th when I last saw him (2nd day of Eid, the day after I got back from the States).  He chose not to.  He just pretended nothing had happened between him.  "And so you're back, from outer space.  I just walked in to find you here with that sad (although he didn't look sad) look upon your face...."

His brothers (my "allied forces") remained quiet, but later told me that they were shocked and saddened by what they saw him do.  It was like he just didn't care about me and wanted me to know it. 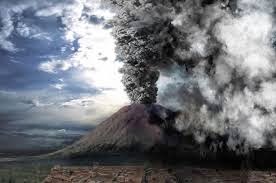 His step-mom asked him to sit next to me, was being very complimentary of him, "Oh look, (he) is cares about you.  He's giving you the best food..."  Hold it together, Desert Girl.  She's a kind, decent, righteous woman who only wants the best for you.  She's not your target.

I never got a visual on my target because I refused to look at him.  As soon as he was close, I looked at the ground or away.  He made it a point to get into my line of sight.

So while he was in another room, I made my polite exit to the family and left.

My reaction didn't come until later.  And I wasn't even planning it.  I guess I was in a state of shock.  I wasn't thinking about anything except how I would get out of the house.... and then all of a sudden, as soon as I was home in SANcuARY, waaaaBAM!

I am the queen of evil SMSs.  I don't need to write a letter.  I can bang out 1000 SMSs simultaneously.  And I gave it to him good.  Therefore, so happened the low-class behavior by me.  I used every means of degrading terminology I could think of, starting with "If you EVER touch me again, be it my hand or anywhere else, I will make sure that you can never have children..." By the time I was done, I had a terrible headache and a whole lot of bad-karma points racked up against me.  Not good.

A very nice, soft-spoken African man who was at Camel Farm listened while I told him the story.  He quietly said, "I'm sure he knows that you are very hurt and angry.  I'm sure he knows you didn't mean it."  It was nice.  Not an out, but nice.

Hahaha! He deserved that and then some.

Instead of Pompeii, you mean Vesuvius.

I bet you got NO reply either lol tsk tsk tsk

I can relate. Especially when the man acts like he did nothing wrong. Do they teach them that in school over there? Hard to keep it classy and be the better person. I was also guilty of sending ugly SMS's, too. It was a cheap shot, but it made me feel better.

Gela - Thank you. Yes, there seems to be a school that these types all attend. It's the "Shaggy It Wasn't Me Academy"