I DO NOT GIVE MASSAGES. NOT NOW. NOT EVER. 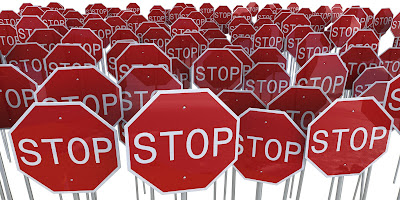 I don't give massages.
Not now.
Not before
Not ever.

And if you write to me, I will report you;
as mixed gender touching of any kind
(including hair cutting)
is illegal in Kuwait.

Posting for a stranger.  I can't imagine if this happened to me.  Dog thieves are the worst.

This dog was stolen from a locked area outside their home. 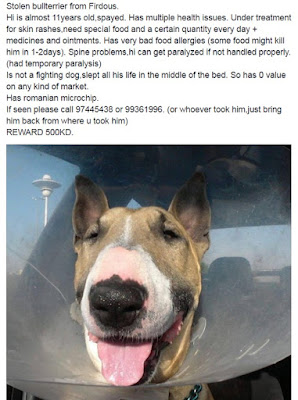 Arab Times
KUWAIT CITY, April 4: The government is determined in its stance to reject the parliamentary bill to levy the remittances of expatriates even though it was approved by the Parliament’s Finance Committee last Sunday.

According to sources, the government expressed concern over the impacts of such a move on the goal to transform Kuwait into a financial and commercial hub.

There is a need to study the matter from all angles related to application and procedures, and the changes it will bring about.

The stance of the government, particularly of Ministry of Finance and the Central Bank of Kuwait, is based on seven factors. They are:


The sources explained that the government of Kuwait is keen about working on transforming Kuwait into a financial and commercial hub through the launch of major developmental projects with the aim of attracting foreign investors and improving the status of Kuwait.
However, the adoption of the bill to levy the remittances of expatriates could negatively affect the fulfillment of this goal.

The remittances of expatriates from Kuwait equal nearly ten percent of the local revenues and exceed one-third of the total revenues of Kuwait.

In the last two years, the remittances of expatriates in Kuwait recorded a huge fluctuation. During the third quarter of last year, the remittances had reduced by 8.1 percent, reaching KD 940 million. This was the first time since 2012 that the remittances are less than one billion.

Qatar came first and the United Arab Emirates was last in the Gulf level. In the index issued recently, Kuwait recorded 5.53 points to occupy 90th rank in the international level.
Experts highlighted the negative impacts of applying the parliamentary bill on the banking sector, as it may lead to the emergence of a black market for expatriates to remit their earnings through “shadow companies”, which the supervisory bodies are trying to eliminate.

However, if the move is accompanied with increase in salaries, it will reduce the competitive ability of the private sector. IMF said the move will also lead to absence of supervision and emergence of black market.

Levying the remittances of expatriates will eventually prove to be ineffective and difficult to manage because it will lead to transfer of remittances from the banking system and encourage lack of financial intervention.

The so called "economist"/"financial expert" with a PHd who was pushing for this wasn't aware of the repercussions?

Posted by Desert Girl at 4:43 PM No comments: