My Advice to Western Companies Seeking Sponsorship in Kuwait

You can read a previous post about a recent case where a Western company, GLS, had employees who were "held captive on bases" because of a contract dispute with their sponsor. [They weren't literally held captive, but I believe they chose to stay there because  if they left the camps (because we don't have "bases" in Kuwait), they would be jailed and deported.]  I have heard that these employees are being assisted in leaving.  The sponsor company has asked GLS for $20 Million to transfer the employees, but that is kind of a mute point when the employees have been deported/have to leave the country (and are blacklisted).  The employees went through Hell (I believe unnecessarily) and now GLS' reputation is tainted globally through the media.

Although I don't know much about the case directly, what I believe the underlying cause was is a lack of understanding of Kuwaiti laws.  I think the company, GLS, perhaps connected with a company that they didn't know that much about and then (perhaps - and I'm only speculating)  didn't provide enough information to their employees - or provided inappropriate information.

Here is my advice to any Western company seeking a sponsor (or sponsorS) in Kuwait.  And by the by:  You don't need to commit to ONE sponsor company exclusively for all your employees in Kuwait.  Large companies working in Kuwait are catching on to this.  You can work with several and if one isn't doing the job for  you, stop using them later.  Don't put all your eggs in one basket.  Risk management.

Do your homework!  Due diligence!!!  Just because a sponsor company has a member of the royal family attached to it somehow does NOT mean that they are ethical and/or will get your job done.  (OMG -  the stories!!!)  That affiliation sounds like a great selling point, but get references, check around.  Check the reputation of the person or people you are dealing with regardless of who they are.

Sometimes, Littleshittycompany LLC has an Egyptian mandoob (government liaison for the company/gopher/expediter)  who is actually doing all their work for them, is beloved at ministries, and has kept Littleshittycompany LLC's reputation in check for the past 25 years by having tea with the big boys in government offices.  These guys git 'er done here.  If a company has fired a succession of mandoobs, move on/look elsewhere.  The mandoob is the key to successful completion of all the paperwork.  And employees, never ever underestimate the power of your sponsor company's mandoob.  Bake them some damn cookies.  Buy their kid a gift.  Do whatever it takes to suck up.  Need something done?  You gotta scratch some backs.

And people please:  Verify, verify, verify!  Ask for important items to determine if a company is on the up-and-up/legit:


I was asked (by a sponsoring company) to complete a  due diligence questionnaire for a Western company (ok, I'll just say it - it was Honeywell)  to fill out before they would even consider working with them.  Those guys have it together.  That's the way you do it.  Send it out to several/many potential sponsoring companies and ask them to attach the above.  If they are professional, they'll be able to complete it.  If not, move on.

The sponsor company WILL be taking your money.  That's how they are in business.  They need to PROVE to you that they are worthy BEFORE you start doing business with them; not just when you need them to expedite a drivers license or (God forbid) when you have to take them to court for something.  The sponsor company WILL be responsible for the well-being of your employees while in Kuwait.  This is a very important role.  Why take chances?

And Western companies please - before you even think about doing business in Kuwait - Begin and maintain a good relationship with a Kuwaiti commercial lawyer/firm.  There are many. Some are ABA registered.  Have them draft/review your sponsorship agreement.  Put them on retainer so that if you need to ask questions (or have them write letters to your sponsor company to keep them in line) they are at your disposal.  Know your rights and the rights of your employees under the laws of Kuwait.  If you were in the US or Europe, you wouldn't play around with the laws or employee obligations; why would  you do it in a foreign company where there is so much more risk?

Which sponsoring company in Kuwait do I recommend right now?  Defcon Support (www.defconsupport.com) is run by an American who sponsors companies in Kuwait. (Note that in order to sponsor people in Kuwait, the company must be owned 51% by a Kuwaiti and I don't know who his Kuwaiti partner is.)  Se habla English and have good contacts with the American/Western community in Kuwait as well as Western embassies. 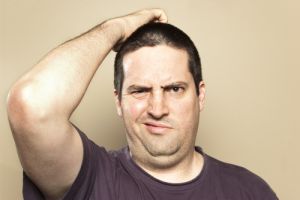 You should ask the company you are going to work for if they have done their homework.  Ask, in writing, if the employing company has done due diligence on the sponsor company.  Ask for DETAILS of the sponsor company (name, name of executives, website, etc.).  God forbid you should need it later, but you might.  How many Westerners have I asked, 'So, who is your sponsor?'  "I dunno."  Or - if they do know:  'What is the name of the owner/principal?'  "I dunno.  I don't remember.  Al something."  No! No! No!  Bad employee!  Are you crazy??  Sponsor means you are under their control for the duration of your time in Kuwait.

Lemme break it down to reach a certain target audience:
It is like staying at someone's house in another state/city/country.  You don't know Flana (your Kuwaiti sponsor company) very well, but she's invited  you and your friend, Bob, (your employer)  to come on over.  Sounds good:  You like to travel and see new things and the price is right.   You don't know who Flana is  or what her address is.  You just don't bother with the details because hey - it's all good.  Flana seems nice.  You hop on a plane..... Then....  You're staying at Flanas and go out for a while and can't remember how to get back to her house  in a taxi. You don't have her address or last name.   Once you finally get back there, Flana has wigged out and locked the door.  She's acting all weird and has just gone pompei and put all your stuff out on the lawn after taking the money from your wallet! WTF!   (Betcha didn't see THAT comin'.)  What's up with Flana?  Who is this person?   Forget that Bob is staying there too.  Bob's not going to help you get back home. Bob didn't know Flana any better than you did when you decided to go visit.  (He was just looking at you with that same big stupid grin on his face when he thought he was getting a comfortable ride.) Bob is in the same dilemma and doesn't  know what's going on either.  You're both screwed because you haven't done your homework.  (Did you ask someone about Flana's recent problems with the law or that she has a mental disorder?)  Didn't your mother ever tell you to keep a quarter and taxi fare in your pocket just in case?  Did you listen?

Here's your quarter and taxi fare:
Do you have a Kuwaiti lawyer who is going to help you? Do you know how to find one should something happen?   Learn about where you are going (and how to get back).  You can't just rely on the embassy to help you out.  That's your responsibility.  The embassy has a listing of lawyers, but are they going to take your case?    What if one day you stop receiving your paycheck?  Whatchagonnado?  Plan in advance.  Make friends.  Establish contacts.

People - know your rights.  Download the Kuwait labor law.  You're an adult.  Act like one. (Both employers and employees.)   Don't just fly off without a plan.

Good posting, DG. My former company is going to be having some issues, shall we say, because they were advised by an incompetent HR person years ago that "U.S. employees in Kuwait have the same rights as Embassy employees." This was said without ever looking at the Kuwaiti Labor Law. The employees who have been there five years or more who are owed overtime and end of service benefits have been terminated due to "positions being eliminated", when the real reason is because they feel it's too expensive to keep these people on the payroll. Um, class action lawsuit, anyone? It's sad because I'm sure it's not just this one company that has done this.

Thanks. Unfortunately, there isn't a group that supports foreign workers in Kuwait (in these cases - primarily Westerners who would like to know the law and get support if something happens). It really isn't the job of groups like the American Business Council or British Business Forum - although I would think that after decades of operating in Kuwait, they may have considered offering these services to people at some point.

I believe that the OT cases must be first developed (a case) against the sponsor and then the sponsor must sue the company. Yes, employees should find a good lawyer and work together to get their rights.

If employees can prove that they were wrongfully terminated, they may be able to get benefits owed on an employment contract where the company/sponsor has defaulted.

Any way you look at it; it sucks.

DG, as the General Manager for DefCon Support, I had to write and say 'Thanks' for the recommendation.

My guys work very hard to get things done as quickly, and as efficiently, as possible, and they do a great job.

Your point about who the 'authorized signatory is' and how often they are in Kuwait is spot on.

Our company owner, and authorized signatory, is also the Operations Manager for the company, Mr. Hameed Mohammad. He personally goes to the ministries on a daily basis to fix problems, and to stay in touch with the people at the ministries that are doing the work.

Five years ago, we sponsored 2 companies, and now, in addition to those two, we have 39 other companies that we provide sponsorship and local support.

I have to believe it's because we do business in an open and transparent way, and provide the best possible price for our customers.

By the way, there is a response by the owner of the company who filed the case against the US employees in today's Arab Times, page 6.

Her name is Reham Al-Galawi, and she is apparently the owner of Al Shura, the sponsoring company.