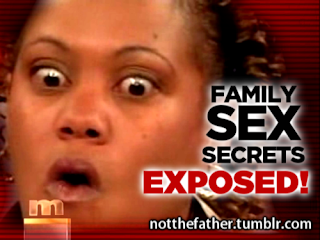 Large number of wives 'cheat' on their husbands
Arab Times
KUWAIT CITY, May 2: A new department which has been established to look into cases filed by husbands who accuse their wives of infidelity is said to have received in 2010 alone 1,679 applications to check on the parentage of their children, reports Al-Qabas daily quoting legal sources.

Of these, 70 cases have proved to be negative (DG:  poorly written, but I take that to mean that 70% of the cases were returned stating that the women’s husbands had not sired the children). The sources say this shows a large number of women cheat on their husbands.

One of the lawyers disclosed when one man hired him to prepare a DNA test on his son he discovered the child was fathered by someone else.

The lawyer added, it is strange there is no clause in the Kuwaiti law to punish the wife who cheats on her husband unless she is caught in the act while committing adultery. To the contrary the husband is forbidden to kill or harm his wife because the law protects the wife and will punish the husband.

According to another news report, a Kuwaiti who holds PhD, requested a DNA test on his 8-year-old son and was shocked when the results did not match.

An elderly man who has four sons received more shocking news when he discovered each of his sons was fathered by a different man.

Meanwhile, lawyer Riyadh Al-Sanea speaking to the Al-Watan daily said the DNA tests have solved many problems. (DG:  Yeah, Riyadh - for the lawyers at least.)

For example, he said, when an unidentified maid accused her wealthy sponsor of impregnating her, the DNA tests proved she was telling lies. The tests proved the woman became pregnant after she had sex with a man working for the same sponsor. (DG:  em... more often than not, this probably would not be the case, eh?)
- end -
See film clip HERE

Duuh, a large number of husbands 'cheat' on their wives too!
Welcome to the world of technology, my friends.
WAAAAAAAAAAAAAAAA.  Men have been cheating on women in this country for years and it has been allowed by the system.  Who do you think is fathering illegitimate children?  Probably married men!
By Islamic law, a man has a something like no more than 14 days to claim a child as his own.  Done.   … which is how Kuwaiti law operates.  If you’re snowy white and your kid comes out coal dark, maybe you shouldn’t claim the kid as your own.  Just mithilin.
DNA tests prove paternity, but this is going to open a whole big can of worms for the country because discreetly, everybody is doing everybody.  There are going to be lots of juicy stories.  Bring in Jerry Springer!  DNA testing was mandatory for all Bedouns (at a cost of 85kd per person:  man, woman, and child).  They did not release the results because the next step was to mandate a nation-wide DNA testing and database and … OOOPS…. Open up a can of worms.  Surprising, isn’t it, that now, people are asking for and receiving DNA testing to prove paternity?  Let’s do this:  mandate the DNA testing nation-wide.  Then, cross-reference all the DNA samples to determine who really belongs to whom.  That would be fun.  Then, maybe the country could either fine or tax everybody who has been creepin and they would be able to fund an entire Department of Social Services (or the equivalent) for future generations.  (What does the Ministry of Social Affairs do pertaining to family law/advocacy anyhoo? Can anybody ‘splain that to me please?)
Seriously, though, I firmly believe that family law in Kuwait needs to be updated/upgraded.  There are too many problems and injustices on both sides.
It isn’t fair for men to have to pay 2/3 (or more) of their salaries to pay for child support  (and travel expenses for luxurious vacations, and “change of season” wardrobes, drivers, maids, etc.) which really goes to their x-wives, not their children (and hey - especially if the children were not sired by him).  The men's salaries should be taken into consideration for child support also.  It isn't fair that in some cases, men's entire salaries are automatically deducted from their accounts.  How can that be allowed?
It isn’t fair for men not to be able to be part of their children’s lives after divorce.  The court system should foster better relations between Kuwaiti kids and their dads; leading to better adults.   Everybody is always bitching about better family values in Kuwait, yada yada, and the “committees” dedicated to better family values (more likely “moral guidance” only as it pertains to “rehabilitating” transgender citizens; rather than helping to establish stronger/better family values).  Make it easier for Kuwaiti fathers to BE fathers.  I have divorced male Kuwaiti friends who haven’t been able to see their children in (not months but) YEARs.  Their kids don’t even have the chance to get to know them; let alone gain any values from them.
Each individual custody case needs to be reviewed individually.  You can’t make sweeping decisions on custody (“all kids should go to their mothers”, for example) when perhaps that isn’t what is in the best interest of the child.  The same goes when women ask men for a divorce and the children go to the father (and then he passes them off to his mother to raise along side a nanny or two).  Again, cases should be assessed to determine - case by case - what is in the best interest of the child.
It isn’t fair that women should be beaten or cheated on either and registered cases treated lightly in the court system.  It is not just a “family problem”;   it is a national problem and a viscous continuing cycle (if it is okay for dad to do, then it is ok for me.) Women need to have better support in the court system.  When daddy is out sleeping around and coming home drunk and then hitting mommy (or bringing her back a lovely STD), is that in the best interest of the child?  Why isn’t the woman able to punish the man in the courts here?  If you attach a monetary value to cheating/being abusive, then he (or she) will be less likely to do it IN the marriage BEFORE a divorce.  Where are the family advocates?  Social workers?
[(Someone please correct me if I am wrong here) Why aren’t there female judges in Kuwait?  Why are Egyptian and other nationals allowed to be judges in Kuwait and NOT female Kuwaitis who will act in the best interest of their country and people?  I believe family law would be better with both perspectives in the legal seat.]
Et, newsflash, when a woman isn’t treated well by a man (regardless of religion, culture, family, etc), she is most likely to look for another man.  End of discussion.  I’m not saying – at all – that two wrongs make a right.  It doesn’t.  I’m just saying that there are ways to make things better in the society and maybe  these are all social issues that need to be addressed – not just blaming women in some form of Salem witch hunt.
Posted by Desert Girl at 11:58 AM

For years I automatically compare kid and driver when dropping off my kids at school.I just can't help it. It all started a few years ago when my 8 year old would tell us about this boy in his class that looks EXACTLY like his driver who would come in to pick him up everyday. And another kid that looked like he was right off the boat from Korea. So called Parents are kuwaiti. Gail