Look at what I did: I went and jinxed myself again. I hate that. Either that or I was ‘sposed to give the cat some food and I di’nt. Now I’m F-ed again. The Universe is back to her shenanigans.

Why do people keep lying to me? I’m a nice person. Really. Unless the restaurant doesn’t deliver on time or doesn’t have the food I want. Or someone is an idiot. Or I'm faced with bad drivers. Or liars. Other than that, I’m a really nice girl.

Kuwait Bait and Switch: They loooooooooooove to play that game around here. For example, some places advertise cars and you call and they “just leased/sold it”. Bullshit. Or, you call for a really great sounding apartment and they “just rented it”, but “have another one in another area for more money that you will like much more.” Bullshit. I've started playing Bullshit Bingo with these guys. As soon as I hear their lines, I shout out "BINGOOOOOO!" and they think I'm a nutcase (which by all indications is indeed true). I just say, 'Oh, sorry, someone was at the door. I was just calling my khadama.'

So, me and Bunny (that is poor grammar children – don’t try this at home) went to sign the agreement on the really great (yet somewhat small) apartment in Bnaid Al Gar, facing the sea with a little balcony and view of the Balls of Kuwait (Kuwait Towers that is – there are 3, not 2). I saw myself in some Hollywood-looking PJs or robe sitting out on the balcony, hair blowing in the slight breeze coming off the turquoise Gulf waters…. having my International Foods flavored coffee in the morning, little dog at my side….. So we went to sign with mucho dinero in hand… and low and behold, Kuwait Bait and Switch: dude shows me a completely different apartment “on the other side – just the same…” with a completely different view, completely different floor tiles (yuck, ew), completely different everything. I can’t talk anymore. I can’t protest. The shouts of protest are collected in a ball in my throat that eventually makes its way down into my chest, staying there until later when I cry myself to sleep. But at the moment, I just walk. I turn on my (really cute stiletto) heels and I walk. Bunny knows the walk; I turn on my heel and I’m outathere: My International Foods Coffee Moment Bubble bursted, again and again and again.

Now, Bunny is of the philosophy that even liars, scoundrels, and thieves should be talked to as if they are your friends. He says that you can learn something from these underworld creatures. I know that God sends you angels and often they are disgused, but you can be polite to them without actually maintaining conversation. Maybe there is a religious reason for this – I don’t know; I am not of that mindset. I walk. I don’t say a word unless it is in disgust. Let’s just go and get me some damn chocolate before I light the world on fire with the laser beams shooting out of my eyeballs (green laser beams last night. I think I'll fire up the world with green...) 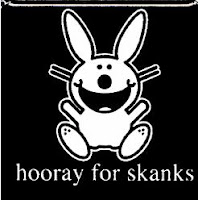 This is why they have strict gun laws in Kuwait. Bunny has taken away all my sharp objects and even when I eat, I am only allowed plastic utensils now (did you know that you can even fabricate a shank out of a spoon?). I agree with him completely. It isn’t safe anymore. No one is safe.

Here is my thing: I have money (TO THROW AT THEM). I’m not looking to rent a mulhaq – I want quality at a higher standard (ergo higher commission to realtor). I have a job. I pay my bills on time (except for my Zain bill – sorry guys. There is something fundamentally wrong with me because I just don't want to pay them on time - especially if they can't ever send me an itemized bill - EVER). I am quiet and responsible and even pay harisses more than I probably should every month. Why the game?

As far as real estate agents/scoundrels: Tell me the truth and I will give you my money. Find me what I (not you) want and I will give you money. It is REALLY SIMPLE. No brainer actually (for those with no brains). WHY THE DRAMA? If you lie to me, I’m not going to be your friend. I’m not going to recommend service to people who are really my friends and who trust me and who, like me, have money to spend on accommodations. I’m not even going to talk to you if you lie to me. What part of that scenario don’t the real estate liars understand? I wouldn’t associate with anyone who lies to me – why should I associate with a liar that is going to take my money?

Not to generalize (partially due to statistics because there are so few of them), but female realtors are doing a much better job. If they don’t have what I want, they tell me. Several of them call back and say, “Hi. I’m just calling you back to follow up and touch base.” Okay! Now that thar is friendly!

By the by, I love eWaseet. I wish they would publish/distribute more Waseet copies in ENGLISH (and who is paying the big bucks for accommodations?). They have an English language toggle online; however, when you get down to the actual listings – they are all in Arabic. Duuuuh. The other real estate sites don’t answer e-mail inquiries and many won’t even answer the phone.

Which brings me to another issue: If you are a realtor and you place an ad in the newspaper: ANSWER THE F-ING PHONE!!!! Again, seemingly a no-brainer: They have planned, they designed and placed an ad. They know the date the ad will run. Then they don’t answer the phone? What is UP with that??? Whyyyyyyyyy???

I hate this. I have 3 weeks left before I am living in a refrigerator box under a bridge. If you see a big box with a blanket draped over it and a sign that reads, “Villa Desert Girl” – that’s me! 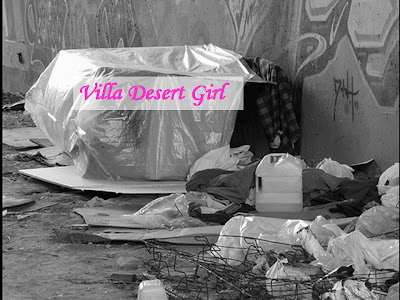 DG, if u are interested in Mangaf area, i saw a good Sea View Appartment with excellent interiors.They have 2 & 3 bedroom apartments. All the rooms are spacious with Balcony & Sea View.
They also have basement parking facility.

Apartment Info:
ABRAJ HABDAN
AREA # 4, BLOCK# 5601
MANGAF.
Apartment rent: KD 350 ~ KD 400/-
The Hariss (watchman) is an indian guy. I also saw a lot of Americans living there.This building is very easy to find out.I myself saw this apartment during my apartment hunt but skipped it becz i'm a bachelor and this house was really huge.

i'll do my best to get u the Harris/Watchman's number.But meanwhile if u happen to be somewhere in Mangaf, just enquire about this building.

umm, I was just visiting your blog, I like it, you're very impressing and open minded, and you write well. But you write a lot so I get lost in the middle of the blog and say :"Wait a minutes, now who was in the library? and who's Jane? who killed the damn dog!", other than that keep it going, best wishes miss.

Hey DG, I don't have any solutions, sorry, dear. Maybe the lead vinz-q8 gave you will pan out. I wish I was turned more like your friend Bunny, but I'm not and I don't usually "walk away"...as I get older the more verbal I become. HA. Just remember to keep going to your happy place. :) We're here when you need to vent.