I would never buy alcohol in Kuwait because it is haram and it is illegal (and I'm a girl and I don't have to).... but I've heard.... 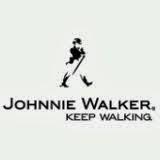 Johnny Walker Red Label 1L (the most commonly-found black market alcohol in Kuwait) is now selling for approximately KD 100 (US$ 355) per bottle.  Whaaaaaaaat?! Normal price in the US is around $30.  And the scuttlebutt is that you can't find original alcohol - it is all bootlegged/fake and some people are even said to be selling ethanol colored by saffron and put into original bottles and sold as whiskey.  What's goin' on?! And people are buying at these prices? Dayum. 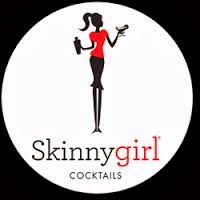 Johnny is no longer walking;  he's driving a Ferrari (and he's got Skinny Girl seated next to him) because he's making an &%itload of money.

Some wonder why there is now such an alarming drug abuse problem in Kuwait:  PRICE.  It is cheaper for thrill-seekers to get a quick buzz with drugs than it is to buy alcohol.  Hel-looooo.

No wonder Kuwait needs to build a bigger airport.  Thursday nights (start of the weekend) at KWI are no fun trying to get OUT to Dubai.... Our Islamic neighbors allow alcohol:  Qatar, Bahrain, UAE, Oman. They also have flourishing tourism industries.  Hmmmm.... coinkidink?

(Thanks AA for planting the post idea in my head!)

Precisely the reason why a, uh, 'friend' sticks with grape juice, yeast and sugar. Or leaves for the UAE whenever the chance arises!

Yes, I've heard (wink wink) that it's free for girls in Kuwait and you don't even have to thank them afterwards. It's just free! Yes, some things are free in life when you're a woman. ;p

Rob - Yes, I too have heard of people who do that.

Expat (wink wink nudge nudge) - I heard that somewhere too....