A Dubai bus driver who attempted to rape an off-duty US Navy sailor was wrestled to the ground and beaten into submission, a courtroom heard.


The 28-year old was on 24-hour shore leave when she was attacked by the driver shortly after boarding at the Mall of the Emirates on January 19.
“I noticed he did not take the main road and when I asked him he told me not to worry,” the unnamed sailor reportedly told Dubai Court.
She said that the driver then pulled over where a number of other buses were park and attempted to kiss the sailor. After refusing, he then tried to rape her at knife point.
The sailor responded by disarming the bus driver, before biting his hand and pinning him to the floor between her thighs.
The alleged attacker, referred to in court as KS, is charged with attempted rape, threatening to kill, assault and the illegal consumption of alcohol.
Reposted from Expat and the City
Reposted from Arabian Business
Also see this from AmericaBlog
And this one right har has git to be my favorite Wonkette because of her callous use of vulgarity (LOVE IT) and offensive language (LOVE IT) and the fact that she uses a photo of Suzanne Summers using a thigh master (LOVE IT LOVE IT LOVE IT!!!) 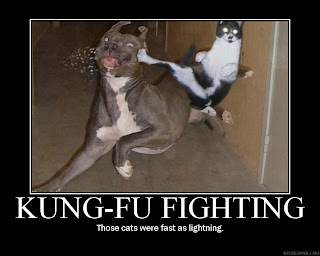 The movie, Battlship, was on TV last night with badass Rihanna as one of the sailors who saved the world from alien invasion. :)