WARNING to Dog Owners in Kuwait!!!

During several seasons in Kuwait (when it is hot), the monsters who fight dogs collect "bait dogs" which they can use to train their fighting dogs by desensitizing the them to killing other dogs.  Large breed dogs are typically taken.  There has been a string of mafia-style thefts of pets from yards,   houses, and beach chalets in the past several months. Reports come in daily.  (All in the video above are missing.)

DO NOT leave your dog unattended - even in the "safety" of your own locked yard - for a second. These thieves have probably already driven around your neighborhood, scoping out potential targets for theft.

If you have lost a pet, contact the following groups on Instagram IMMEDIATELY.  They send out a form of "Amber Alert" for pet owners:  @kareq8  @kareuq8 @help_the_animal @adopt_a_street_princess @kspathq8 @paws_kuwait

For pet lovers, animals are part of our family.  It is horrific to think of them being fought to the death for the enjoyment and material gain of demons walking among us.

KSPATH is the only licensed animal shelter and education center in Kuwait.  Please contact them to see what is being done officially to end this cycle. 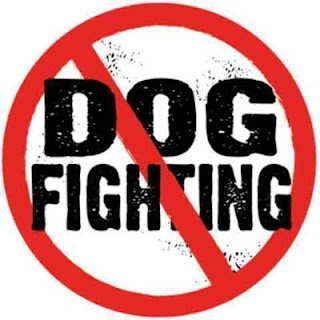 Some of Kuwait's dog fight videos are on YouTube, but most are searched via Arabic.  If you want to get educated on dog fighting and its consequences, just do an internet search and be warned that you will see graphic photos.

Dog fighting is a breeding ground for other types of criminal activity like gambling, violence against women and children (as the fight dog owners are desensitized to violence), gun and drug use.  You wouldn't think that it would happen in a country like Kuwait, but it does.  It seems that there is an official blind eye when dogs go missing in the country;  it should be an indication to authorities that something is very wrong.
Posted by Desert Girl at 10:04 AM

You are obviously a compassionate person. That is what true religion (any religion) is all about. Thank you for your comment and for helping.

There are 8 pittbuls on their way to Kuwait tonight from Bulgaria landing with Bul Air...we will do our investigations in Bulgaria. You do yours in Kuwait ...who is importing . Where do they go etc .