The rental car agency, Automall, where I have been renting my Envoy since 2009 pulled a number on me.  I got the Envoy at zero mileage and have been driving it ever since.  It was in great condition (with the exception of a few dings).  I offered to buy the car from them.  When I returned from the US/vacation this time, the agency offered to upgrade me to an Acadia.  I said that I would try it for a few days, and if I didn't like it, I wanted my Envoy back.

Driving the Acadia,  I felt like I was a mom driving a mini-van.  Ick.  Should have baby seats in the back and grubby hand prints on the windows; SO not ME.   The Acadia is NOT as heavy-duty as the Envoy (I don't believe in speed bumps; no such thing). I pulled it out of alignment on the 2nd day.   It has a lot of nicer features than the Envoy, but it was not for me.  So, I called and asked for the Envoy back.

They SOLD IT.  Whaaaaat?  I was furious.  It had been less than a week since they gave me the Acadia and told me that I could have the Envoy back if I wanted it.  Automall has been very good to me over the years; at a price, of course.  They pick up and deliver.  Payments are easy.  They are very nice.  However, I have been renting cars from them for well over 5 years (at an average of 220KD/mo).  Then, they choose to pull a fast one on me?

Why have I chosen to rent and not lease?  I travel a lot.  I mean a lot.  When I travel, I return the vehicle and  I don't pay for those days/weeks/months.  If I chose to lease I would have to put down a down payment and pay for every month - regardless of if the car is sitting in a lot or if I'm driving it.  It was more economically feasible for me to rent than to lease.

Why lease at all?  See my post below about car loans and being an adult.

So, after I had an ugly-American-angry-white-woman hissy fit, they offered (at a price) to give me a Jeep Cherokee.  It's a nice car for the winter, but is about as fast as my former 400-year-old Discovery with a blown head gasket.  Even Corollas are passing me.  No respect. 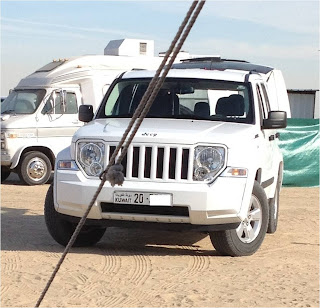 My nephew had (until last week) a Grand Cherokee Laredo which was a really nice car with nice features.  It's a guys car.  This Cherokee is a guy's car too, but it is pretty basic and reminds me more of a toy car than a real car.  What's good about it is the easy switch from 2 wheel to 4 wheel drive.  It is a comfortable ride in the desert and handles the little ruts very well.  Would I buy one?  Nope.  Too basic and not enough pick-up.  Too much plastic.  But its cute and it will do for a while.

My family buys black cars.  We've had a long series of black cars.  People in our neighborhood call us "the CIA house."  I don't feel comfortable driving something white, but whatever.

And if anyone out there owns one - how the Hell do I turn on those smaller lights under the headlights?  It has been driving me nuts. 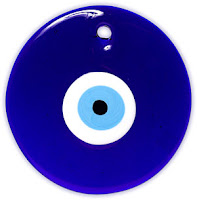 You need a pink car. This just isn't you.

I'm also a firm believer in black cars, other than my recently sold burgundy one. At one point I'm sure my neighbors in the US thought we owned a funeral home.

Your little lights -- have you tried pulling the 'lights on' knob? Not sure if yours is located on the dashboard.

Renting a car for so long damn.

You diffidently need to change this ugly car, from i understood you need an off roader.
i've seen many girls ride FJ cruiser thesedays you should have it in your list,im not sure about ford edge Off roading but its really girly looking and well priced if getting a loan is a problem.

Anyway what car you have in mind?