On the Road Again

An anonymous commentor wrote to say that the sound of crickets means moving.  Well... guess what....

Today I became reduntant at work and supposedly they  are "reducing the workforce" (by one) and I'm out.

Our chairman is an asshole.  That's right.  Go ahead - read it again.   He's an asshole.  They can't fire me twice.  He has a preconceived notion that you can just go out and "get" a contract.  According to him, there is no need to establish contacts or relationships, or even have a plan.  This is the genius who wanted to disolve our quality department because, "We don't need ISO."  Oh yeah you do - if you want to work on any US military contracts.  In the 1 year that I  have worked for him, I have met with him a total of 5 times; once because he forgot that I worked for him and called me in to announce that I would now work for him.  Me:  'But I do work for you....'  Him:  "Well, now it is official."  Me: 'But it is on the org chart..."  (which he would have known if he found any importance in checking our ISO system org chart).  Asshole.  Oh, plus, he is one of these guys who uses exclaimation points inappropriately.  Every one of his sentences is followed by !!!

Ok, so having gotten over the disgrunted employee stuff - this is a blessing (especially since they have to give me 3 months notice/wages and indemnity).  God always has a plan.   I laughed when the HR dude told me.  After his initial shock, he gave me the "opportunity" to resign (in Kuwait, t his means that you loose  your indemnity).  Yeah thanks, but no thanks.

My family needs me.  I need my family.  I am alone most of the time here in Kuwait - staring at my walls and wondering why I don't have a man who cares about me in my life (and if he says he cares about me, then why am I spending 90% of my free time NOT in his company).

I have had wonderful times in Kuwait.  I've met some amazing people and I've met some real shits.  I've had a hell of a run here.  14 years is a long time to spend away from your own people.  Alex was 2 when I left.  Now he's 16.  Time to go home. 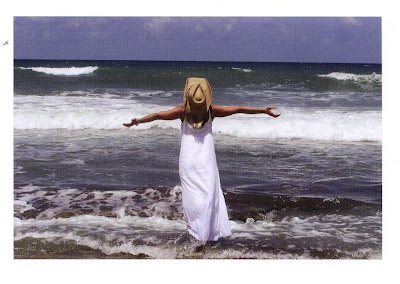 you will sorely, and surely, be missed.

Change is good though, and I think for a while at least you will be able to go back anytime if you really want to, so it's not like there's no turning back.

Good luck and I hope you will continue blogging!

14 years of experience, you can probably use that to get into some other company. DOnt leave DG, we'll all miss you so greatly :-(

I agree with you God has a plan. I know it'll be a good plan. Feel sad I didn't get to meet you in person so if you have a free evening before you leave I'd love to meet you in person.
I have a feeling you will write a best selling book one day and I'll be able to tell people I've met you :O) And hopefully wangle a signed copy out of you.
Wishing you the very best of everything. X

DG, I am really sorry to hear that news. If you decide to stay in Kuwait, I'll wish you the best. And if you do return, the same. Thanks for some enjoyable and often thought provoking reading.

Kuwait is not our country and we have to go home one day or the other. It is sad that I was born here and have lived here for 27+ years and still do not feel at home - only because I know that it takes a shitty day at work to send me back to my country.

DG, I am a big fan and I agree with the above comment - I will buy all your books (unless it is a censored version found in the Kuwait bookstores)

Wish you the best of luck.

I didn't expect this at all.

Kuwait will miss you but you are only a plane ride away. I bet your prince is waiting for you back in the US. Keep us posted. <3

Well, I have been following your blog for a very long time as a silent reader..

It really sad you have to move... maybe is blessing in disguise....

Good Luck and wish you all the best

Hey Desert, I have been reading your blogs, Crazy in Kuwait suggested it...and I hate to see you leaving, she had to leave also and we miss her so much...and yes you will miss Kuwait, but if you ever need anything your friends here in Kuwait can send you anything you need, I hope you will consider me one of your friends..I am an American women from California been living here for 11 yrs now...married to a Kuwaiti..but GOD willing your life will take a turn for the better..wishing you the best..