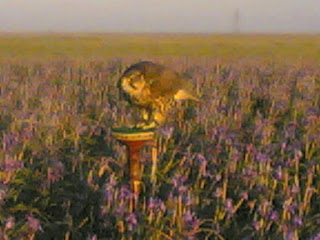 Mashallah, Mashallah, Mashallah – we had 5 years and we never had an argument or anything upsetting. This weekend, Bu Merdas and I got into it. Oops, I thought I had told him about some Man details. Guess not. “Were you talking to ME while you were with him?” ‘Well, I wasn’t actually seeing you….’ He left me on the rocks for a day and then it was over and we are better than before. That’s a pretty good track record. (That’s Merdas’ picture). He thought that the picture I have of Shamlan in my office/wardrobe room is of The Man. So cute. I didn’t even know that he goes into that room. I love it that he’s jealous. "Hi baby...." yummmm.

I have been begging him to invite me to his friend’s place because he has called me from there every weekend to let me hear how well the guy sings and plays oud. I beg; he refuses. “Too many men.” This weekend, I asked the Romanian to help me beg and he actually agreed. Then, the Romanian got sick and had to go home, so I didn’t go. That’s my damn luck.

I had a weird weekend because of the death of Sheikh Saad (Allah ya hermha – I hope that’s the way you spell it) and the elections. I have one particular friend – a relative of Sheikh Saad - who must be hurting a lot right now and if you are reading this, I hope you know how much your friends care about you and are thinking of you. If you’re in Kuwait, please give me a call (same number for 11 years now).

The elections have just pissed me off. Ok, Kuwait has spoken and all that crap, but c’mon people! It is the same old same old – and not one woman. The photos of the elected guys are all over the papers today and it looks like some kind of a police line-up. I’m not sayin that they’re all bad (I don’t know any of them), but either their photos are just unattractive or…. Can I ask y’alls something…. Have none of these guys ever picked up a pair of tweezers or had their eyebrows waxed? My GOD! There is one guy (WT) who has been “blessed by God” and now looks like Shrek.

The Romanian came up with a great gimmick and we are going to use it during the next election erection (2 to 3 years?): Vote for Mutlaq. We’re going to create our own candidate. We are going to have bumper stickers made up and T-shirts. Unfortunately, she thought of it on the day that people were going to vote (after waaaaaay to much coffee), so we couldn’t do it this year. Anyhoo, it was good for a constant stream of giggles that lasted longtime.

I saw the Tawhore last week in passing. The car (that bought and paid for him) is damaged. I take that as a metaphore. Dude brings me luck because ever time I see him, I meet another man. Thanks! Sometimes God works in mysterious ways. Things that make you go hmmmmmmmmmmm.

ASalam alikom
thanks for your story which reflects hoe is life in kuwauit that you talked about life and death and politocs too.
you are so nice.