The Crappiest Marriage Proposal of All Time

'Why should I MAKE any man love me? Either he loves me or he doesn't.
I'm not going to marry anyone who thinks I should force him to love me.'

He can't even say the word, "Marriage" - he refers to it as "the contract". 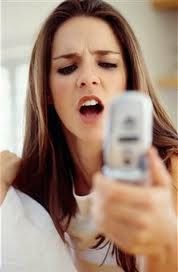 This conversation took place over the phone!
Where is the F-ing romance?!

Yes I understand his motives for wanting to marry me, so nobody needs to write to me to say, “Blah blah he wants…  yada”  I know.  I got it.  And I’m not going into details.

But hey – if you want something from me; if you are asking ME, don’t serve it up, wrapped in your unique blend of shit.  Sugar coat it a little!  Just a little?  Just a weee tad bit little?  Can’t you do that??  I mean, you might have to get off the effing sofa to do it, but come on – isn’t it to YOUR best interest to do it, not mine?  Do you think I owe you this for some reason??  Entitled much?

Shiiiiiiit. Do I look desperate?  (Maybe I do?  For those of you who know me – do I?)  I sweartoGod, I wasn’t even thinking of marriage.  It is out of my bubble.  My bubble is full of happiness and goats and dogs and people who love me and going to watch Cinderella and knowing that I create my own damn fairy tales.  If I want a beautiful garden with little birds and butterflies and flowers, I plant it myself.

Of all the marriage proposals I've had; this is literally the crappiest. Marriage proposals shouldn't make you cry (and not for joy) - and for sure shouldn't be asked over the phone!!!   Have some balls.  Drive over to my house (that being the worst-case-scenario.  I didn’t  think it could get any worse, honestly.).  Bring a flower or something/anything.  Best-case-scenario:  propose someplace beautiful and meaningful with a little romance. Maybe (get this... ) a ring??  But dude.... Over the phone?  Seriously?  Is that all you’ve got?  That is the anti-class and reaches new levels of douchebaggery.

(Flipside - I've had some nice proposals....) Son-of-a-Sheikh:  Asked my father.  Brought me jewelry. Diverdude: Asked my father and then me - Under a palm tree off Maui.  Shamlan:  Small ring, 100% love.  (We should have gotten married, but we were both so young and he was worried about taking over the family business on re-entry to Dubai).  Even AR (the one prior to this)  Sweet guy.  Good intentions. Wanted to get down on one knee "Like in the American movies" in front of all my friends...  There are more – even a few for Green Cards.  (The most I was offered was $100,000. They still asked in a kind way although I would never do that -  Decline.) 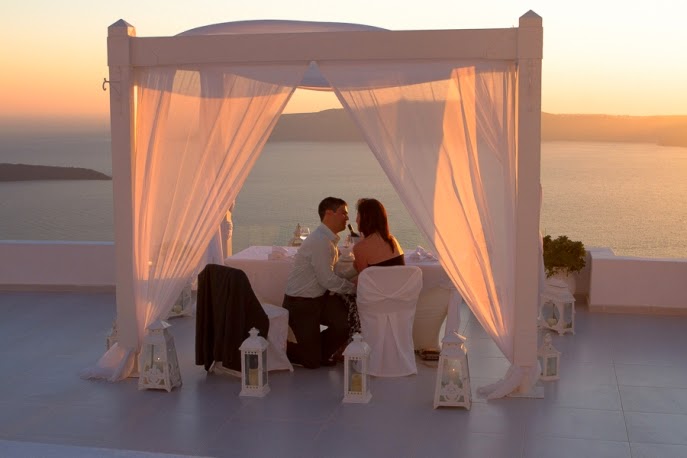 I’m not a material asset and marriage not a business (or a baby factory).  When/if I decide to get married, it will be for love and that is the ONLY right reason I know.

This just proves to me, once again, that it is easy to get married; anybody can do it.  It doesn’t take any effort at all.  But who wants this??

WHAT do I get out of the deal?  A man who doesn’t love me?   A man who has already told me that he will probably take a second wife (who the f says THAT to a woman when he’s trying to convince her to marry him?)  Is that supposed to make it okay with me that you announce your plans prior to marriage?  It's not ok.  I do not accept that.  So, should I just tell you know, so that you know for future use, that I will cheat on you?  Is that how it plays out?

I got my own back:  You have nothing to offer me.  I have a family and friends who love me.  I have cars.  I have jewelry.  I have a job and money;  and what I don’t have, I’m smart enough to get on my own without a man (Mashallah).  I-got-it-MYSELF without any help.

"Don't tell anyone.  Just between you and me."  Oh wait... You want to keep it a secret?  I think not.  IF I ever get married, its going to be announced by someone who is proud to be marrying me.  As a former fiance said, "I'm going to put it in all the newspapers in Kuwait and we are going to have a huge party so that everybody will know..."  (never happened, but he had amazingly good intentions and we're still friends!)

But perhaps Crappy Proposal Dude wants to keep it a secret for  a reason...

And let’s talk about YOUR reality for a nanosecond:    You have 1,013 slutty females on your Facebook account.  You advertise your BBM and KIK codes so that they can easily get in touch with you. (You must be desperate if you have to advertise!)   You are chatting with them while you are sitting with me. (Yawn - really?)  I can SEE who you are.  I can SEE what you are doing.  You aren’t even trying to hide it all.  (I laugh because I.don't.care.).    I asked him, 'Do you want to marry a whore?' (Long pause) .... 'No, I'm not referring to ME.  YOU are the whore.'  I don't need to discreetly inquire about his reputation because BAM - there it is on the internet for all to see!     If the situation was reversed, would you want to marry a woman who had the same stats?

So okey dokey.  This just becomes another anecdotal story to put into the Desert Girl book someday.  A momentary diversion from (business) proposal and contract writing and the long drive between home and Kabd or the beach.  However, these bewildering case scenarios become tiresome...

Dear Universe:  My birthday is coming up.  I’ve been very very good.  I really have.  Could you please send me something better than this?  I know this kind of thing is just a test, but I’ve got binders and binders containing these tests and I would like something completely satisfying, happy, content,  romantic (and maybe even convincing) now.   (My friend, Libra, says that if I don't ask The Universe for what I want specifically, I might not get it.  Good advice.)

Sidebar:  This episode took place on one of my favorite holidays:  Easter..    Easter to me is about my mother and sister and happiness and unity.  Rebirth.  Little crocuses popping their heads through the winter Earth to come up to the sun.  Baby animals and festive colors.  Springtime in Washington, DC.

So today, the day after;  Easter is what I’m focusing on and not the story above.  I just had to get it off my chest to recycle it.  The blog is therapy.  Bygones.  I file you now.

Since this writing, he has told me via SMS that he knew I wouldn't marry him to help him - he was just testing me to see what kind of a person I am.  Yup. That's right, men.  When you can't win:  FLIP IT.  Arrogance will get you nowhere.  He doesn't even understand that he has done something wrong!

If you have NOTHING to offer, don't expect the outcome to be in your benefit.

Hebah Dwidari has left a new comment on your post "The Crappiest Marriage Proposal of All Time":

Yeah, Hebah? So what? I'm Muslim and I don't accept it (nor do I have to because Islam gives the woman the CHOICE to stay or not) right along with a whole lot of other Muslim women. Having a second wife isn't considered cheating (but him having sexual relations with lots of other women out of marriage IS).

This isn't a post about religion, so get off it please.

This is amusing and infuriating at the same time. I don't have the full context, but again, it goes to a point where it makes you question your self worth; am I really at that point where you're expecting me to marry you where you have the least bit of interest in me, as if you're doing me a favor? I'd slap the crap out of him.

Ammaro - I'm pretty sure that's why he did it over the phone. He didn't' want to be within striking distance - AND he's afraid of my German Shepherd! LOL

Hebah - I wasn't being disrespectful, but people (especially WOMEN) who make it appear as if Islam is dominated by men and women have no CHOICE tend to irk me. Women have a choice. Personally, I consider it religiously/legally-accepted CHEATING. Can the woman do the same in a relationship? No? So what makes that fair? Further, The Holy Quran states that everyone is an individual and can not be treated equally. It goes on to say that you can only marry a second, third, or fourth wife if you treat her equally. So therefore it is subject to interpretation. I would not accept it.

I'll explain why women can't do the same... Lets say for instance shes married to two or three guys and she treats them faiy equally. What if she gets pregnant? Who will the baby belong too... We'd have the Muary Show. Men are equal with women but in somethings we are not equal with each other.. It's a 50/50 thing and thats what makes the beauty of both genders.

Moe - this subject has really upset you, hasn't it?