Seriously, is the dog worth it???
(No insult intended towards dogs.)

Manama: The spectre of divorce has led a two-week bride in Kuwait to throw herself out of a moving car. The newlyweds were out on a drive alongside the esplanade in the capital Kuwait City when they had an argument.

When the husband threatened to divorce his wife, she opened the door of the moving car and threw herself out, local daily Al Rai reported on Wednesday. Fortunately, she was not hurt and was able to run away from the vehicle, leaving the husband perplexed. Unable to follow her, he headed to the police station in the posh area of Salmiya (Really??  Has the author ever been to Salmiya??) and informed the officers about the incident.

Contacted by the police, the wife said that she could not control herself when he raised the possibility of divorce and that she threw herself out of the car as she panicked.

She added that she deeply loved him and that she could not bear the thought of being without him. Comments on the daily’s site expressed mainly dismay over the events.

“Today’s young people have become totally irresponsible,” a user writing under the moniker “Patriot” posted. “In the past, couples spent up to 30 years together without either spouse uttering the divorce word. Now, two weeks into their marriage, the man mentions divorce and the woman throws herself out of a moving car.”

Another user said that “marriage is not a game to be taken lightly” and “people should truly appreciate its significance.”

Divorce figures in Kuwait have reached alarming levels despite state efforts to curb the phenomenon by promoting awareness campaigns and introducing pre-wedding counselling sessions to guide and advise future couples.

Official statistics indicate that the highest divorce figures were among couples who held intermediate school certificates, followed by couples with high school diplomas.

Couples with university qualifications had the lowest rate of divorce in the country.

Rule #1:   Bitch please, put a lot of money in the termination of marriage clause.  Low mahar/high out-clause.  "Don't get mad, get everything."  Make sure you write enough in there, so you can take yourself to a nice spa somewhere - maybe even buy a home in a vacation spot.   Write in that if he wants to divorce you, you want jewelry and maybe a sports car (wouldn't THAT be a thang:  He wants to divorce you, but has to buy you a 5K rock and a hot car first!)  Write in all the things that make YOU happy, girlfriend!  Maybe a little some-in, some-in for your moms too.   Then, once you're married, if he ever says the D word -  remind him of this:  "Yala, divorce me and pay up or shut up!"

Throw yourself from a moving car?  Why???? 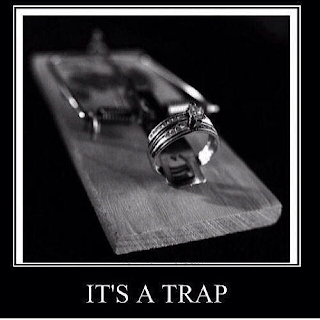